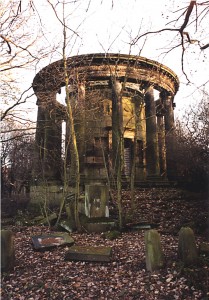 The Rotunda was started in 1739, the year of Thomas Wentworth’s death and completed by his son William Wentworth in 1742. It is a round Ionic temple. Its plan is based on the temple ofÂ Vesta at Tivoli, near Rome and originally it stood clear of trees on a grassy hill.

The Sun Monument was erected by William Wentworth, 2nd Earl of Strafford, and later dedicated to the achievements of Lady Mary

Wortley Montague, a renowned author, traveller and eccentric. It was the first landscape monument to pay homage to a living woman who was neither a monarch nor a goddess.

The Trust restored the golden ball to the top of the Sun Monument in 2008. 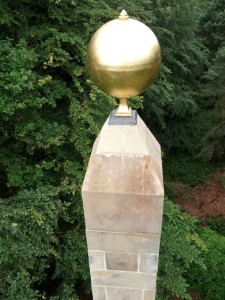 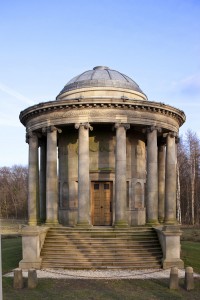 The Rotunda restoration was completed in 2010